Book online your visits to the Museo Classis Ravenna, the Antico Porto di Classe, the Basilica di Sant’Apollinare in Classe and the Mausoleo di Teodorico!

There are different ways to tell a story: the archaeologist does it by using objects that can be of daily or artistic use and of important testimonies. At Classis Ravenna – Museo della Città e del Territorio you can discover an extraordinary tale of a city with its main intersections, from its Etruscan-Umbrian roots, to the ancient Roman period, from the Goth-Byzantine phase to the Middle Ages. The museum has archaeological objects and the value is intensified by a common perspective and also by modern technological aid.
An open museum that is ready to enrich its story-telling with new acquisitions and that is always active on the research area and flexible with the exposition structure, though following the contemporary criteria of a museum. A museum, that has the idea to suggest and demand for further itineraries and detailed studies creating a real and virtuous collaboration with other museums and monuments of the territory. 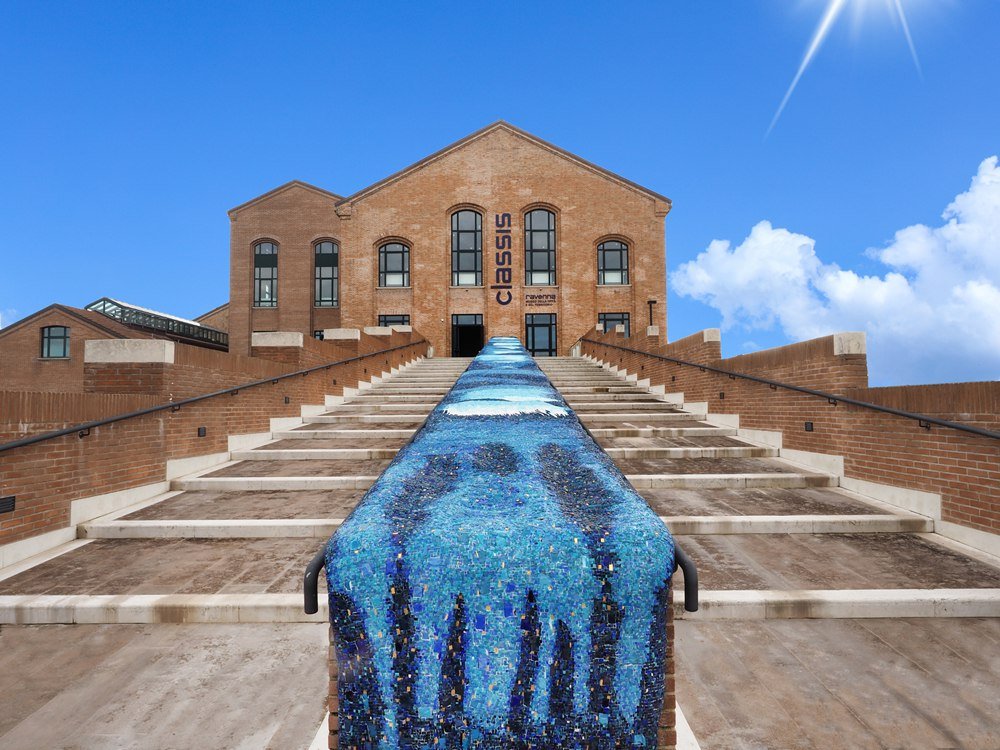 Imagine finding yourself projected back in the past, many centuries before the birth of Christ. Imagine walking in swamps and silence, next to men wearing helmets and bronze weapons.
And all of a sudden a fervour that lightens up the landscape: the Roman fleet is arriving and around you, you can see the birth of the port, which becomes a city, that grows bigger and bigger and becomes beautiful. It is a capital rich in Palaces and breath-taking Basilicas. Slowly, silence is back. But this silence isn’t everlasting and the scene comes back to life and in a story-telling crescendo of battles, lives and meetings you find yourself in front of a factory.
This is a great factory, full of working-class people, that is working and creating wealth transforming the territory surrounding it.
An alternating of presences and absences, of sounds and silence. This is the story of Ravenna and Classe and in this place it is possible to live its total history.
Classis Ravenna is this overview.
An exposition area of 2600 square metres, surrounded by a hectare and a half park always open. Classis Ravenna wants to testimony its peculiar identity where archaeological objects and technological devices collaborate in the same tale.
The restoring of the former sugar factory of Classe, the location of the Museum, is the centre of the history of our territory, shaped and modified from the constancy of the people that lived here.
A story that is worth telling about. An ancient story, but not yet concluded.

To send us an email please use this form.
We will answer you as soon as possible.